The Complete History of Hoodie 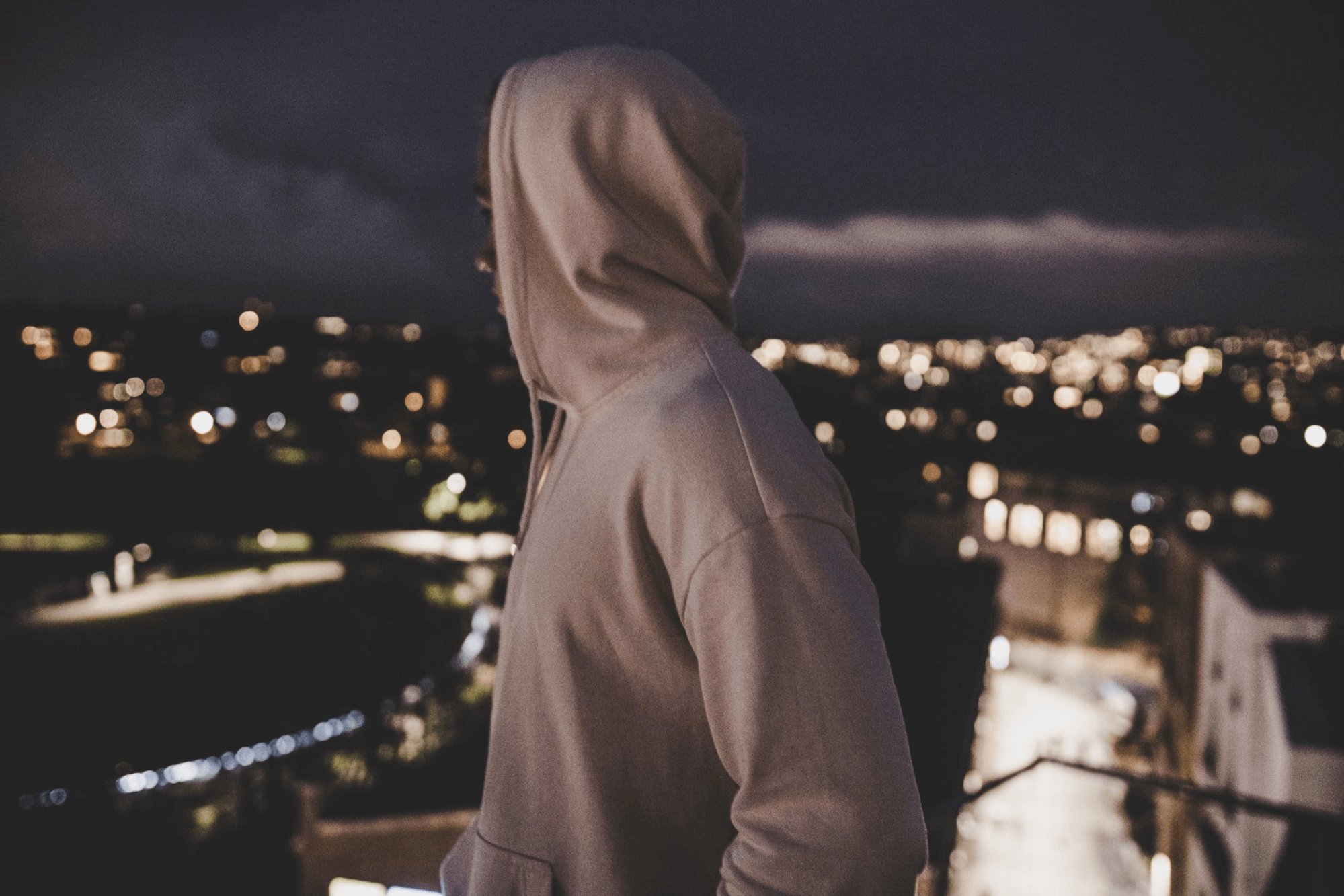 What do a Medieval monk, rapper Eminem, and Mark Zuckerberg have in common? They all wear hoodies. As well as school children, skaters, professional athletes, graffiti artists, fashion icons and protesters around the world. The piece of clothing designed to be utilitarian and comfortable turned to be an outlaw and a style statement at the same time. Let’s discover the evolution of a hoodie.

What is called a hoodie?

Putting it simply, a hoodie is a piece of garment with a hood attached. Usually, they are sweatshirts or jackets made of jersey, often with drawstrings and a muff or marsupial pocket.

A hoodie is an object that leads a dual life. Although it is now everywhere, from college campuses to street riots and from hip hop concerts to Silicon Valley offices, it carries a social stigma and is often banned from public places. Depending on a context, a hoodie can be a symbol of social injustice or just a comfy home cloth, a disguise for a shoplifter or a cover for a shy teenager, a desired high fashion piece worth thousands or the simplest bad weather outfit. It looks like a modern invention, but, in facts, is a timeless object, that has been with us for ages.

The comfort and simplicity of wearing a hood were known from the times of Ancient Greece and Rome. At least, statues of that time, depicting people with covered head, are the earliest evidence of what we now call a hoodie. 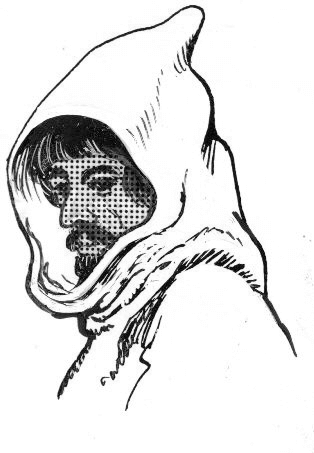 In Medieval Europe, monks were wearing robes or tunics with a hood, a garment known as a cowl. Originally, they were used to keep the people who spent a lot of time in unheated churches warm. For the same reason, outdoor workers of the 12th century England wore chaperons, again, capes with hoods. It was protective, warm and did not restrict movements.

Besides being practical, a hood also had a function of obscuring the wearer’s face. Ladies used it to hide heading to see their lovers. However, we may never know what the exact reason is for Little Red Riding Hood or Grim Reaper to wear a hooded garment. Maybe it was in the fashion of the time these images emerged.

The word “hood” is believed to derive from the Anglo-Saxon word “höd” and have eventually the same root “hat”.

The Modern Incarnation of the Hoodie

The hoodie as we know it was first produced by the US apparel manufacturer Champion in the 1930s. Its target audience was outdoor and warehouse workers, struggling to keep warm during bitter New York winters. Later, the company added a hood to high school sport sweatshirts and made it double thick so that athletes feel good while on sidelines in cold or rainy weather. It also was added to a sports kit for the US Military Academy.

Champion did not patent the hood and other designers saw the opportunity to explore. One of the most utilitarian garments ever evolved into street style must-have and high fashion outfit. 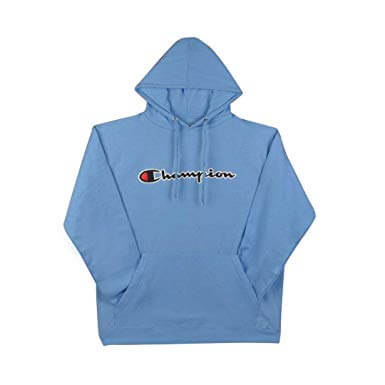 Components of the Popularity

A lot of things contributed to an extraordinary widespread of the hoodie. For example, universities started putting their logos on hoodies. Also, high school athletes gave their clothes to girlfriends. Girlfriends, in turn, made it an element of personal fashionable style.

In 1976, the sports movie “Rocky” made a star not only of Sylvester Stallone but of his gray hoodie as well. The boxer wears it when running up the Philadelphia Museum of Art. The scene became iconic and so does the image of a hoodie.

About the same time, the hip-hop culture started to emerge in New York. It rapidly adopted the hoodie, finding it perfect for streets because of its comfort and a degree of anonymity it provided. For rappers, wearing a hoodie was a statement of vague menace. For graffiti artists, it gave the feeling of protection, helped to keep a low profile as they "bombed" walls. The hoodie was also an element of muggers’ outfit, helping them to conceal their identities. It was (and is) a cheap, wash-and-wear and comfortable warm keeping piece of cloth. And yet, the street public helped the hoodie to gain a reputation of the “bad boy” of your wardrobe. 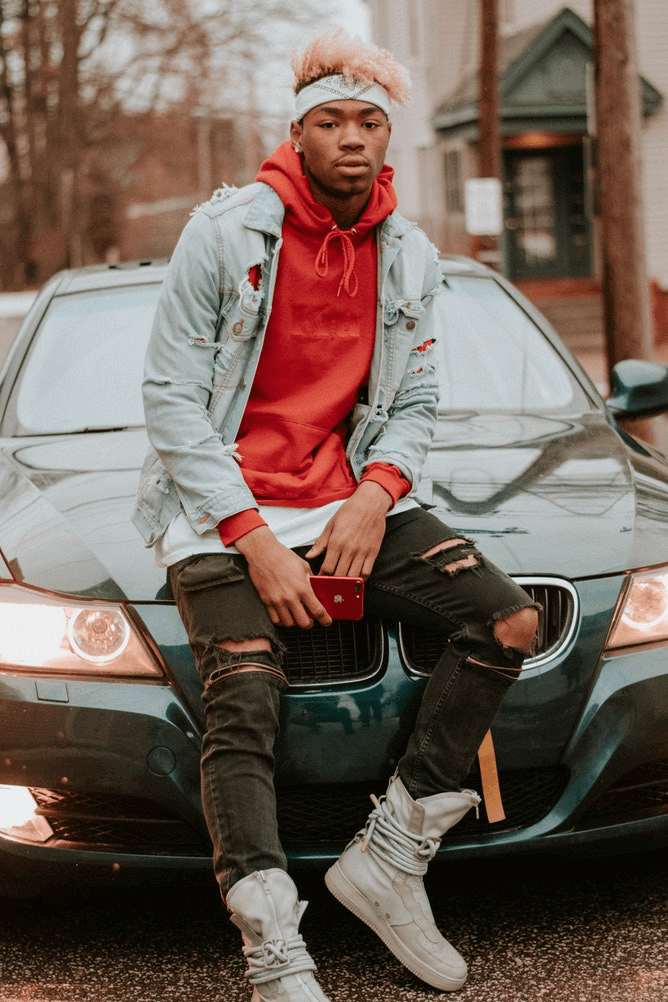 On the West coast, in Santa Monica, hoodies became the staple of skaters’ outfit. It also started in the mid-70s, when a surf and skate teams decided to use empty swimming pools and parking garages as a riding terrain. However, to get there, they had to duck authorities and hide their faces. Masking the identity was a hood became essential to that time skating culture. It is not now, but the hoodie stuck. .

Eventually, the subcultures of 80-90s made the hoodie the symbol of defiance and therefore social exclusion. The top with a hood, chosen by young people got a meaning of “I’m up to no good”. The term “hoodie” was coined around the 1990s and it has a negative connotation.

It was even more intensified when FBI released drawings of Unabomber Ted Kaczynski, picturing him in a hood. Linked with a man who waged mail bomb campaign for nearly 20 years, the hoodie was seen by many as a threatening garment, which symbolizes the furtive menace. That is why many nightclubs, shopping malls, and schools banned them.

Two Sides of the Hoodie

Hip-hop grew in popularity and the hoodie did along. Despite its ill-disposed image, people still choose to wear them for their comfort. The hoodie became a staple of a globally commercialized hip-hop look. For example, Eminem had in his biographical “8 Mile” movie. Moreover, the rapper buried his head in a hood with the intention to prevent the outside world from invading into his private space and thoughts.

In 2005, a shopping center in Kent banned hoodie-wearers from entering. (Ironically, they did not ban the sales of this garment). The campaign was endorsed by the UK Prime Minister of that time Tony Blair. Similarly, Australian Brisbane created a hoodie free zone.

But the cloth has its famous supporters as well. In 2006, David Cameron, the leader of the Conservative Party, who later become the head of government, made his famous speech dubbed “hug a hoodie”. He suggested that teenagers wore hoodies for defensive rather than offensive purpose: “In a dangerous environment the best thing to do is keep your head down, blend in, don't stand out."

In 2012, black American teenager Trayvon Martin was shot by a neighborhood vigilante. Trayvon was wearing a hoodie and the guard regarded him as a threat. This caused mass protests around the US, which involved hoodies a symbol of injustice, fight against stereotypes and the Black Lives Matter movement. It was supported by many professional athletes, including LeBron James and the entire Miami Heat team. By the way, the NBA prohibited hoodies in 2005. 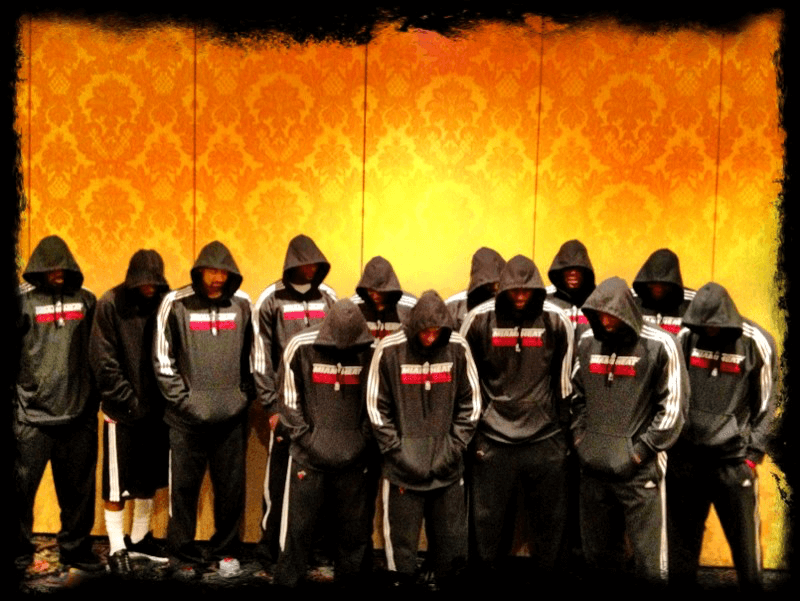 Hoodie banns are far from over. In June 2018, Uganda's President Yoweri Museveni urged to prohibit to wear hooded jackets when driving, following the murder of a parliamentarian. The attackers approached on motorcycles and were allegedly wearing hoods.

Of course, hoodies are not only for teens, outlaws, and protesters. The business world was astonished when Facebook CEO Mark Zuckerberg wore a hoodie to meet investors during his company’s IPO. Actually, Zuckerberg, like many other tech guys from Silicon Valley prefer comfort to suits and still, he got the money and power. This helps to break the stereotype that a person wearing a hoodie can’t achieve much in life. 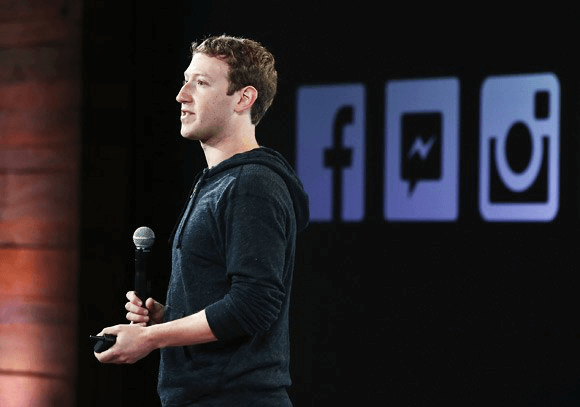 Designers often find inspiration in street fashion. Norma Kamali was among the early adopters of the hoodie for a runaway. Later, Tommy Hilfiger and Ralph Lauren also used this element in their collections. They embraced the new clothing, made it glamorous and added new dimensions to its meaning. It was even even acquired to the Victoria & Albert Museum in London, the one created by rapper Sean "Diddy" Combs. And a member of British royal family Zara Phillips, added hoodies in her collection of equestrian clothing.

Hoodies under a blazer also become a fashionable thing, especially among Instagram celebrities and sports stars like LeBron James. It is believed to originate from DeMatha high school. 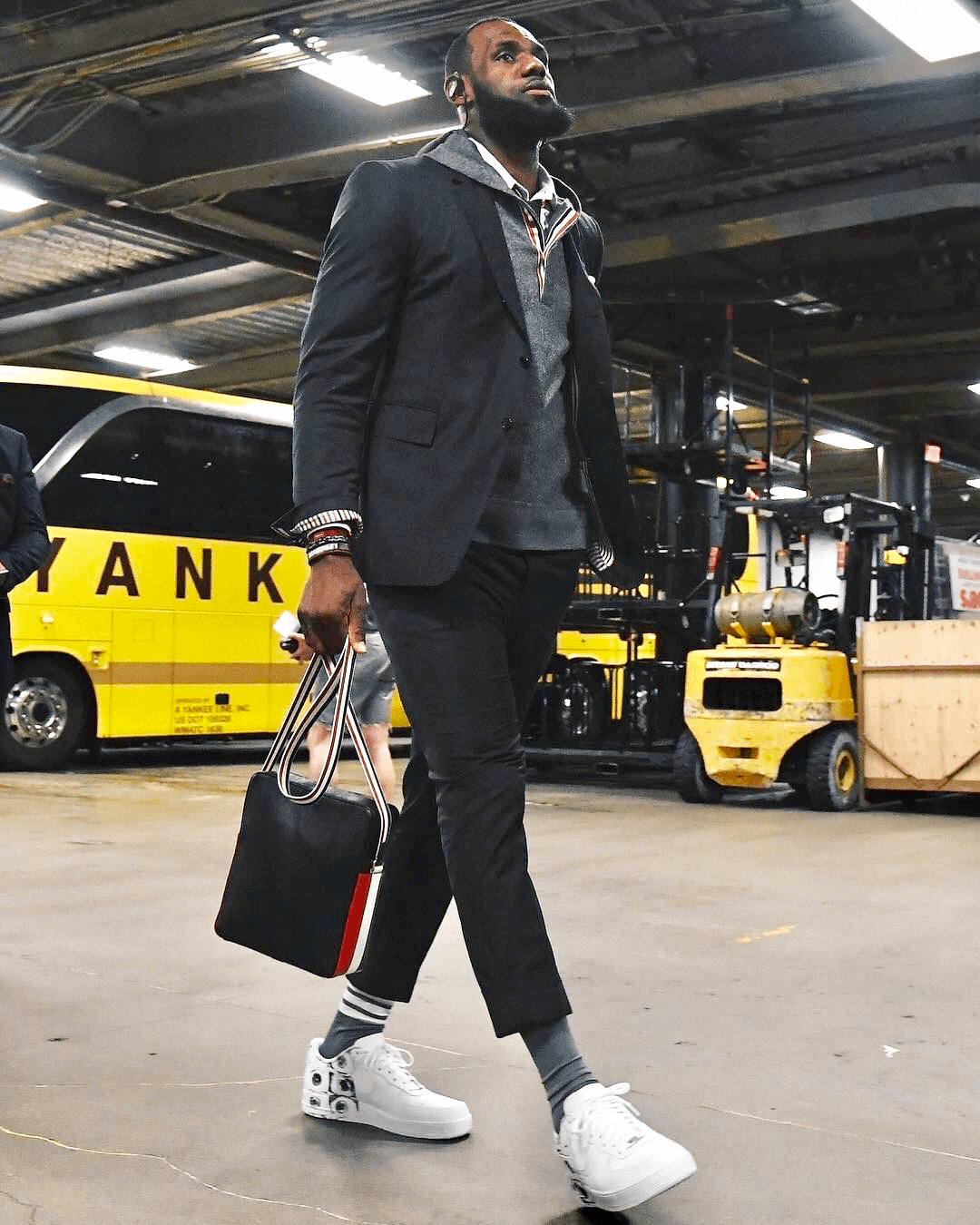 High-fashion designers collaborate with rap stars to create hoodies. For example, Chanel launched a colorful capsule collection with Pharrell Williams in April 2019. The clothing line was launched in Seoul, probably supporting its status of an aspiring fashion capital of Asia.

K-fashion is rapidly embracing cultural influences from around the world, rethinking them in an original way. For example, a supermodel Irene Kim launched her street style label IRENEISGOOD. K-pop stars J-Hope and Jimin have fallen for the brand's logo hoodies. 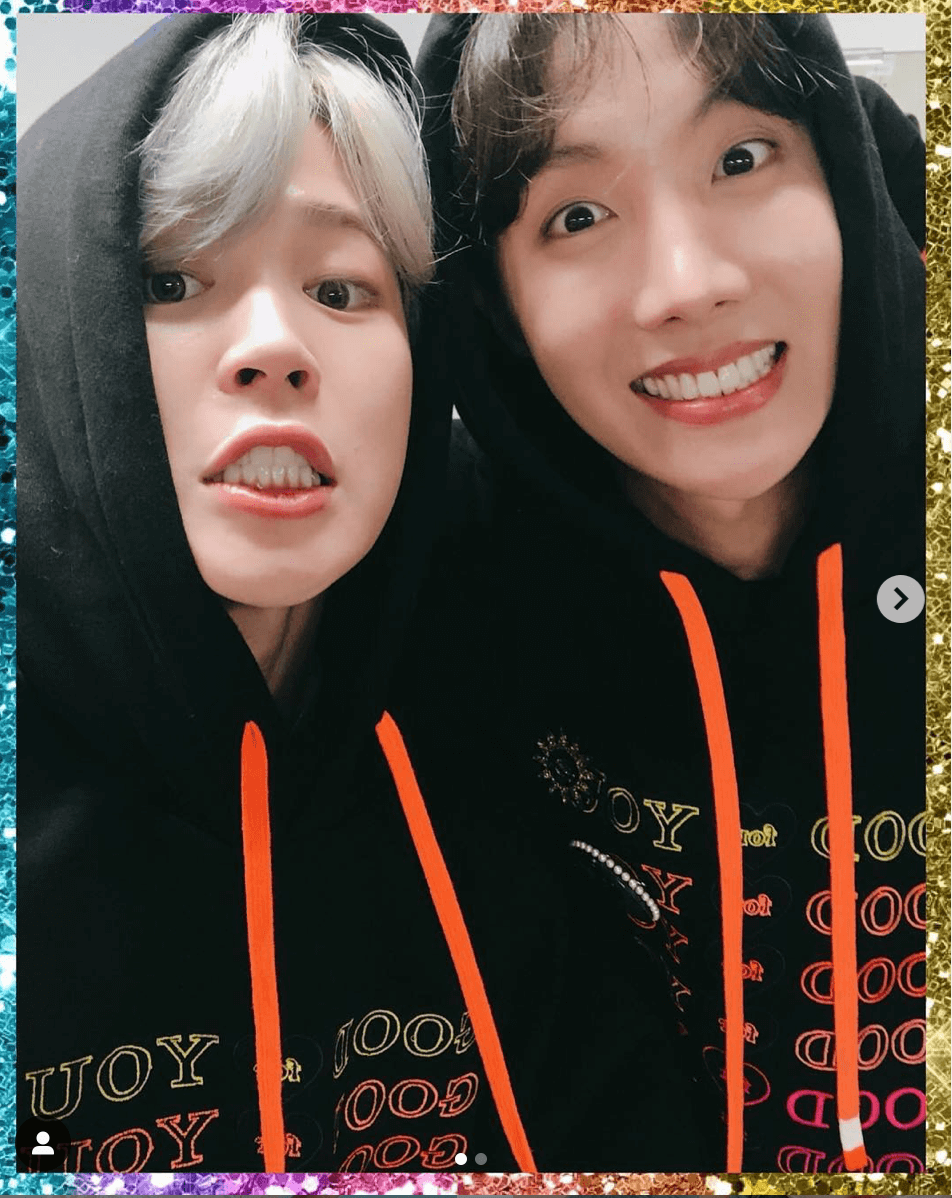 Hoodies really work well with custom graphics printing. It is the blank canvas that can be plastered with anything from your university name to a slogan or statement you want to say the world. Even with ahegao faces. Japanese clothing brand Bathing Ape (or Bape) has become famous for its collaborations with popular media companies, printing their characters on the hoodies and sweatshirts. From Marvel superheroes to Disney animations, Barbie-style and SpangeBob SquarePants - Bape embrace them all. But the one iconic for a hip hop is the zipped camo hoodie. 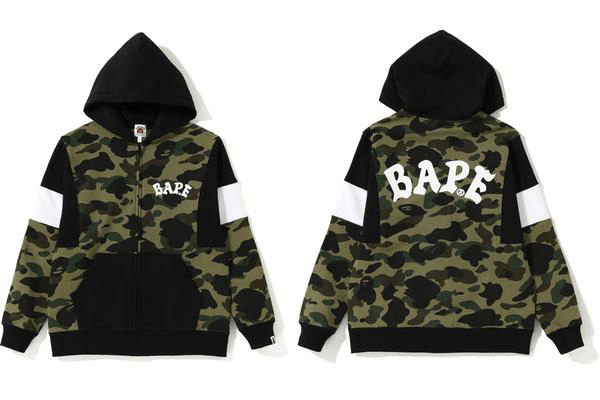 However, not all designs are equally good. Last year, Swedish retailer H&M found itself in the midst of a racist scandal, advertising a hoodie with slogan “Coolest monkey in the jungle” with a black boy. A white child modeling “Survival expert” sweatshirt added fuel to the fire.

Another brand that had to apologize for an inappropriate hoodie is Burberry. On its runaway show, the British fashion label featured a piece of cloth with a “noose” around the neck, which caused an outrageous reaction in social media. 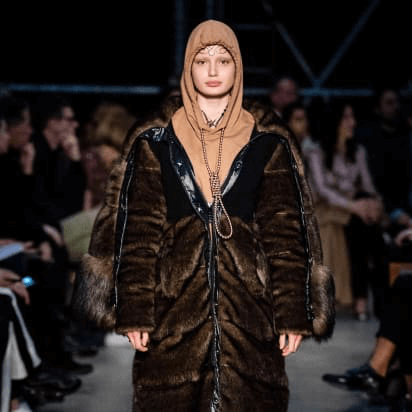 Hoodies can be found in mass markets for less than $10 and in luxurious collections with a $1,000 tag. You can see them worn by smugglers and supermodels, school children and NBA stars. They can be associated with punk, hip-hop and skater cultures, with isolation or criminal subtext, with coziness warmth and utility. A hoodie is phenomenal in the way it encompassed so many different universes.