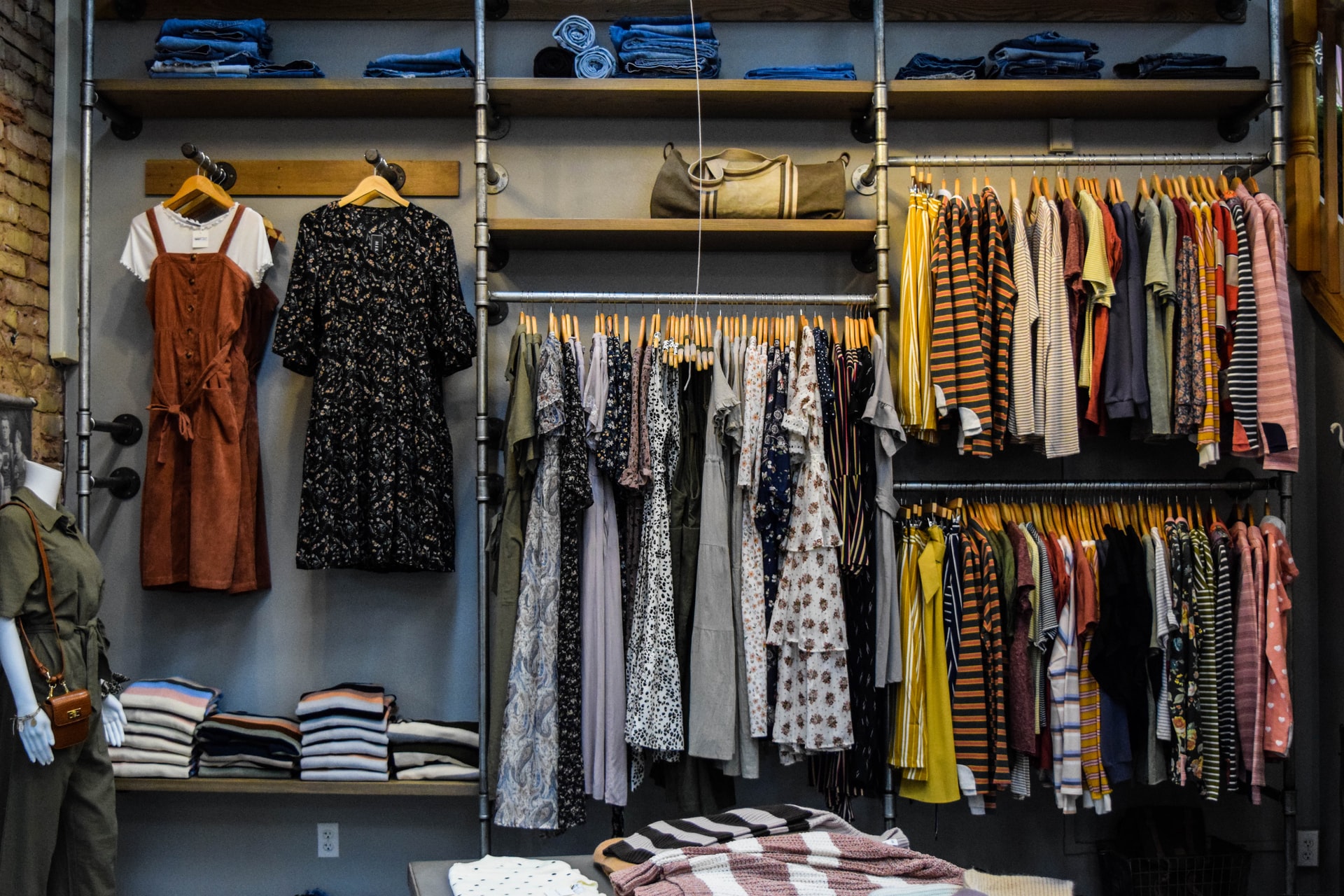 Once upon a time, clothes used to be an investment. People took good care of their suits and dresses. The addition to the wardrobe was an important event. No wonder, because in 1900 Americans spent 20% of the earnings on clothing and owned far less than we have now. Today the share of apparel shopping in our budget is less than 4 percent and we buy considerably more just to stay relevant.

Over several past decades, we got very used to cheap stylish clothing. Whenever a new trend rises in the fashion sky, we can buy it immediately from numerous shops and websites. A T-shirt with a fun design for the price of Starbucks coffee is the new normal. And we should thank fast fashion for it. Yet, the true cost of that top is much higher.

We call it fast fashion when a brand manages to manufacture a lot of clothes in a short time and at a very low expense. The idea is to deliver fresh trends as quickly as possible and as cheaply as well. Disposability is one of the main characteristics of such clothes. People easily throw such clothes away after wearing them once.

So, what clothes are we talking about? Here is the list of the ten most famous, profitable, and notorious fashion brands around the world. Each of them is doing business on your love for trendy deals and at expense of ecology.

Common characteristics of a fast-fashion brand:

• Production in developing countries with low average income and therefore cheap labor
• Nontransparent supply chains
• A huge assortment of styles in a shop (hundreds or even thousands of items), which is constantly changing
• Poor quality materials. A lot of polyesters
• Low prices and big sales
• The advertisement uses time pressure and limited availability.

Checking all of this can be overwhelming. But we’ve done it for you.

The pioneer of fast fashion, Zara is a part of the Inditex group. It’s famous for the speedy production cycle: Zara can recreate a runaway trend in just a few weeks in order to introduce over 20 collections a year.

The brand was started in 1963 as a dressmaker in Spain. Today it owns over 2,000 stores worldwide. The founder of Inditex, Amancio Ortega is the richest clothing retailer and one of the wealthiest people in the world. His net worth is billions 55 billion dollars in 2020.

Fun fact, Zara does not use advertising. The marketing budget goes to opening another store instead. Other brands under the umbrella of Inditex are Massimo Dutti, Bershka, Oysho, Pull and Bear, Stradivarius, and Uterqüe.

In a strive for greener positioning, Inditex promised to use only recycled, organic or sustainable material for all its apparel by 2025. It also states on the website that the company invested 85 million dollars in social programs around the world. 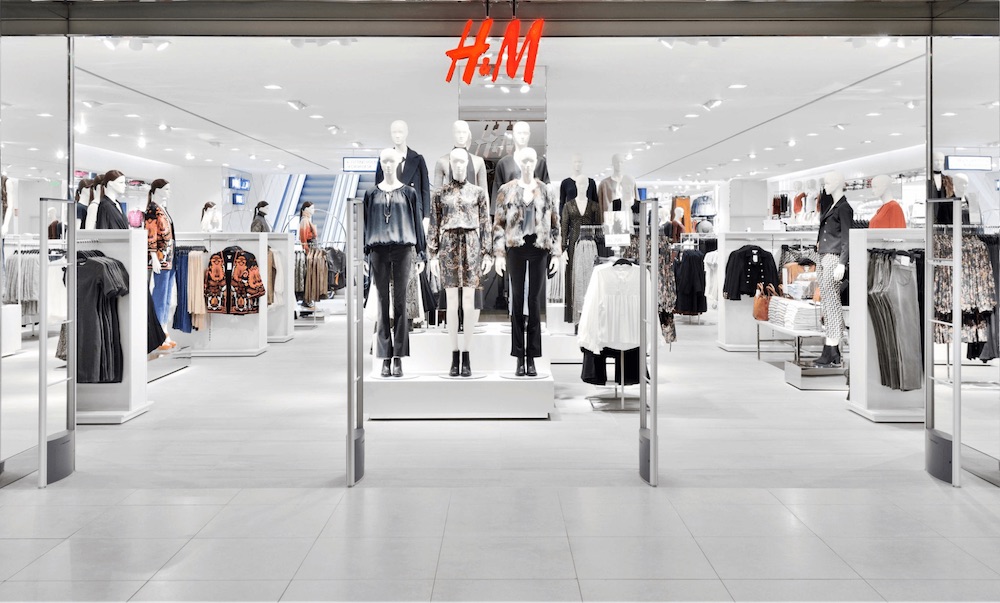 Well advertised and known for its affordability, H&M is the second-largest fashion retailer in the world. It is a Swedish company, which has brick-and-mortar shops in 74 countries and delivered online purchases to 33. As of 2019, it produces three billion garments a year and generates 22 billion dollars in revenue.

H&M has a peculiar business model, It does not manufacture its own clothes. The production is outsourced to over 900 independent suppliers all around the world. Also, it has 80% of the merchandise in-store that is stocked year-round. Another 20% are put on shelves depending on current trends.

The company was operating only in Northern Europe until 2000 when H&M opened the first store in the States. Besides its main brand, H&M also owns concept stores including COS, and Other Stories, Monki and Chean Monday.

The company states that its goal was to democratize fashion. It came with a price, so now the founder, the Persson family, created the H&M Foundation to combat environmental and social problems of the fashion industry. It invests in recycling technologies for fabrics and has already started collecting old clothes in stores (you might have seen those bins). The company pledges to have a positive effect on the environment by 2040 and to switch to sustainable materials by 2030. 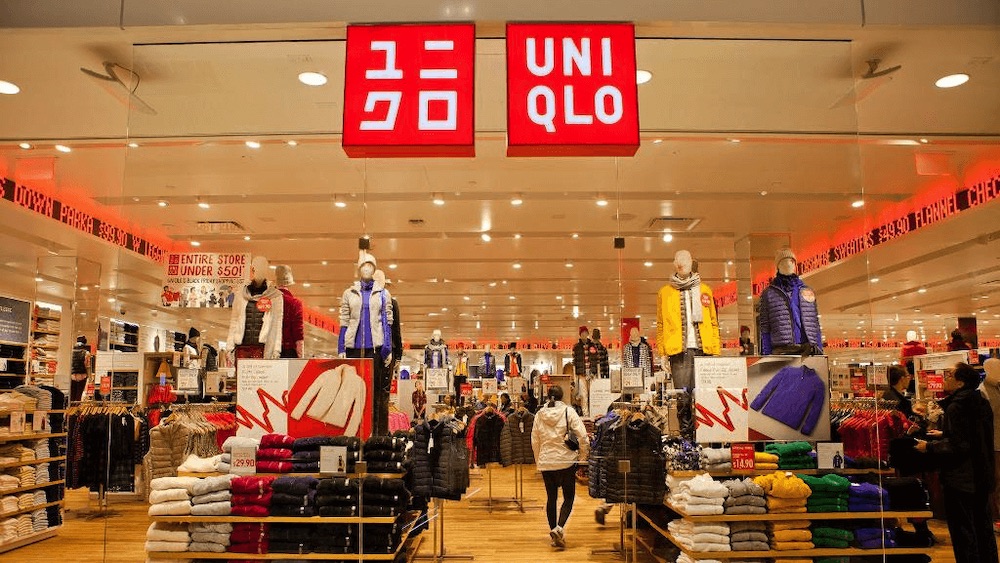 This Japanese brand doesn’t want to be called fast fashion (who does?). However, it can still be on this list due to the massive amount of designs in the stores and their affordability. On the opposite side, the quality of the material is considerably better than the previous two brands have.

Uniqlo was founded in 1949. Today it is owned by Fast Retailing, the second-largest apparel retailer worldwide. The company runs over 3,000 stores globally and has 27 billion dollars in sales (as of 2019). Its founder, Tadashi Yanai is the richest man in Japan.

The claimed focus is the quality and comfort of the garment. Therefore, Uniqlo’s items are less trendy, more timeless. The brand says they want people to have a simplified yet modern everyday wardrobe with sustainable apparel. Nevertheless, the amount of synthetic fibers they use speaks differently.

In an effort for sustainability, Uniqlo partnered with the Better Cotton Initiative that aims at lessening the climate impact of cotton farming. The brand is also promoting the well-being of garment workers. Yet, the company is nontransparent about its factories and supply chain.

The first online retailer on our list. Fashion Nova is the representative of the newest change in the fashion world - ultra-fast fashion. It manages to release 600 to 900 new designs weekly. The breathtaking speed feeds into customers’ urge to buy more and wear each item less.

Fashion Nova does not disclose its profits or sales, but it has 20 million followers on Instagram, so we know it’s huge. The brand extensively uses celebrities and influencers in its marketing strategies. Cardi B and Kylie Jenner wear Fashion Nova’s jeans, which cost about 40 dollars. Our guess is, their fee was at least 100 times more.

In 2019 the New York Times published an investigation about Fashion Nova factories. It turns out that even though the clothes are “made in the USA”, the garment workers are still underpaid.

This is another pioneer of the fast fashion model. In the days of its glory, American brand Forever 21 was churning out 400 designs a day. Besides, the brand was under investigation by the US Labor Department for paying its workers in California $4/hour. They also use the cheapest chemical fabrics. Add to that numerous claims for copyright violations, including an accusation of selling fake Adidas shoes.

Today Forever 21 is mostly overshadowed by behemoths like mentioned above. The company announced bankruptcy in late 2019 and closed thousands of stores. At the beginning of 2020, the company has reached a deal to sell all its assets to three new owners and the brand continues to operate in the US and Latin America. 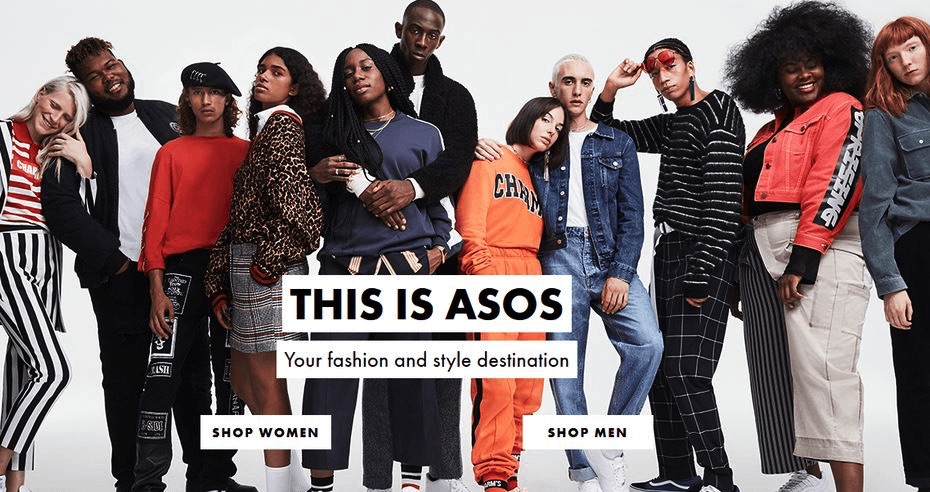 Asos is another child of the Internet age. The largest online apparel retailer in the UK, it was established in 2000 in London. The target audience is young adults. The website sells 850 different brands, and also produces garments with their own name on the tag. The prices are obviously seductively low.

ASOS was originally an abbreviation that stood for As Seen On Screen. Its primary products were imitations of apparel from movies and TV.

Unlike many other fast fashion brands, Asos provides some basic supply chain transparency and claims using 35% of sustainably sourced textile. It has also signed the Sustainable Clothing Action Plan. However, in the times of the Covid-19 pandemic, the brand stopped paying its factories despite legal bonds. They paid eventually, after a lot of external pressure.

Mango was found in 1984 and created its website back in 1995. The business generates 3 billion dollars of revenue and is extremely popular in Spain, France, Russia, and Turkey.  Zinedine Zidane, Kate Moss, and Miranda Kerr were its muses. Even Spanish princess Letizia wore a Mango outfit. However, it is still a fast-fashion brand.

Mango was one of the brands associated with the Rana Plaza factory collapse, which took the lives of thousands of workers in 2013. It indicates the working conditions of people who sew Mango apparel. As for the quality of materials, the brand claims that it uses 44% of sustainable materials and has an eco-friendly collection Committed (also accused of greenwashing). The company pledged to use 100% of sustainable materials before 2025.

As for transparency, the Mango website has the Code of Conduct, Code of Ethics, and other similar materials. Yet, they look a lot like insincere PR efforts, because the company does not disclose its suppliers and wage rates. The website also says that the company designs 18,000 items a year and produces new collections biweekly. 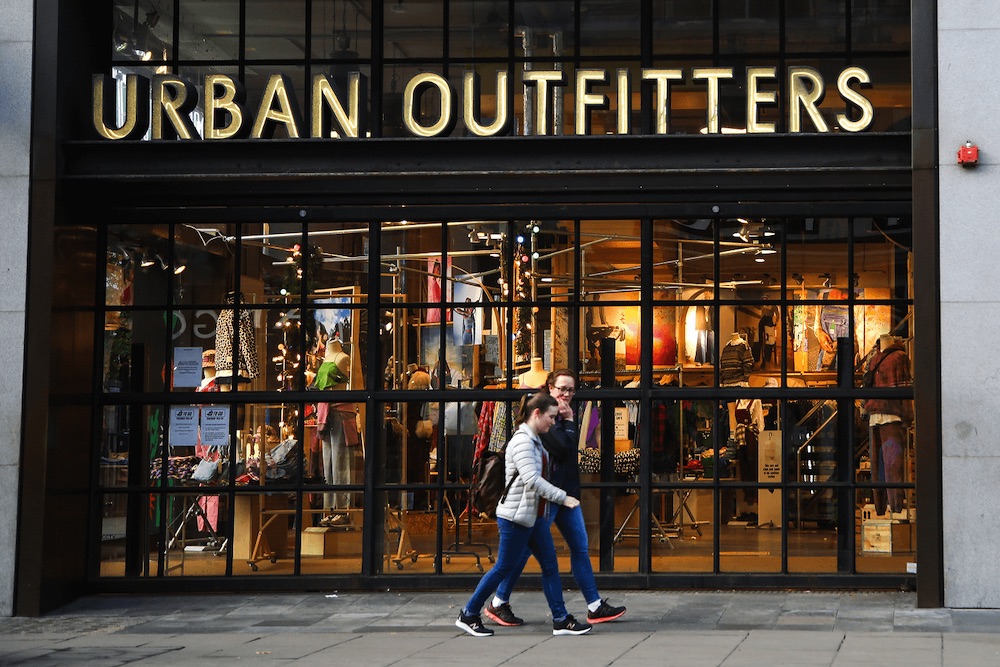 Urban Outfitters is a brand targeting teens and young adults. Their niches are hipster culture and alternative fashion. The company was established in 1970 in the USA, though the brand emerged in 1976.

Urban Outfitters (or URBN) is involved in several controversies. For example, they were accused of stealing designs from independent artists on Etsy. The company was also sued for using Navajo’s name and tribe symbols.

As for transparency, URBN doesn’t disclose its factories and suppliers. The company was dragged into a scandal with making employees work for free on weekends. And of course, they use synthetic textiles in most of their designs. They also donated to the Pink Ribbon campaign, which turned out to be a scam. 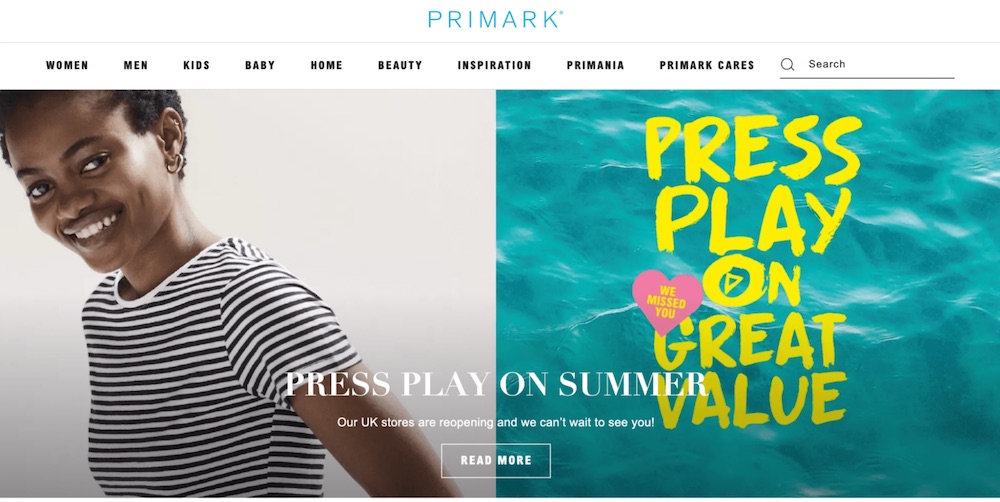 Irish fast fashion brand Primark is represented in 13 countries with about four hundred stores. Fun fact, the original brand name is Penneys. But it is used only in the Republic of Ireland because elsewhere in the world it’s owned by another company. Primark sells everything for pennies: women, men, children apparel, homeware, accessories, and even makeup products.

As well as Mango, Primark was involved in the Rana Plaza collapse. Yet, the company paid 9 million dollars compensation to workers and their families. Not speaking about the poor quality of fabrics and garments overall. They are made to be thrown away after a few wears.

Boohoo is another Internet retailer that makes fast fashion even faster. The brand claims its clothes are produced in the UK. At that, they can offer 50-70% sales on their already astonishingly cheap clothes. No wonder an investigation showed that the company pays their garment workers illegally low wages. Moreover, the workers complained about horrible conditions at the factory and fines even for one minute of tardiness. The brand claims that it was unaware of the situation.

Fast fashion is stylish and affordable. It can make you feel better by buying cheap trendy clothing. You can take one photo in that outfit and then throw it away. However you must know that people who made those clothes are not paid living wages, and fabric production is harming our planet more than air transportation and maritime shipping. So think twice before going to any of these brands for another 3-dollar T-shirt.